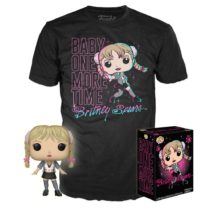 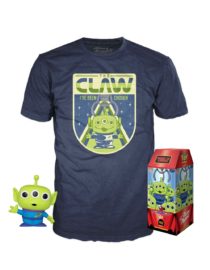 In space, no one can hear you scream… but here on Earth they’ll hear every Alien fan scream with joy with the release of Funko’s new Alien Pop! Tee Box!

Can you believe it’s been 40 years since Ripley and the crew of the Nostromo were terrorised by the eponymous Xenomorph Alien?! I mean before we know it, we’ll too have been floating through space for 57 years, however unfortunately for us, Paul Reiser probably won’t be there waiting for us.

Regardless, it’s no wonder Ridley Scott’s 1979 classic has gone on to become one of the most iconic sci-fi horror films of all time, spawning countless sequels/prequels, video games, comics and more. The film follows the story of the crew of the commercial space tug Nostromo, who are awoken from their hibernation by the ship’s computer, Mother, when it receives a transmission from a nearby moon. When they investigate, they come across a derelict alien ship and discover a breeding ground filled with giant alien eggs. It’s only bad news from there…

This incredible box not only features an EXCLUSIVE Xenomorph Pop! covered in acid blood, but you’ll also receive this Alien Pop! Tee that features the terrifying Alien in all its glory. The perfect gift for any fan of the Alien series, so they can now display their love for the film wherever they go.