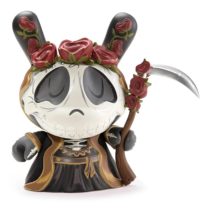 Gumby follows the titular character on his adventures through different environments and times in history, alongside his primary sidekick Pokey, a talking orange pony, as well as his other pals Prickle and Goo. His nemeses are the G and J Blockheads, a pair of antagonistic red humanoid figures with cube-shaped heads, one with the letter G on the block, the other with the letter J.

This Pop! features the beloved Gumby, and looks pretty incredible as it stays true to his design with the curved edges.

Remember, if you have a heart then Gumby’s a pal for you, so be sure to add him to your Funko collection today!