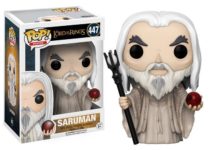 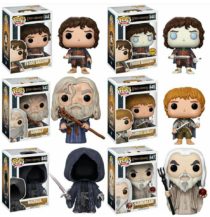 Finally, all of your favourite Hobbits and Wizards from the Lord of the Rings series have made the journey from Middle Earth and are ready to join your Funko Pop! Vinyl collection!

This 6” Super-Sized Pop! features a Balrog , creatures that are tall and menacing with the ability to shroud themselves in fire, darkness, and shadow. They frequently appeared armed with fiery whips “of many thongs”, and occasionally used long swords.

No Lord of the Rings collection is complete without this incredible wave of Pop! Vinyls!