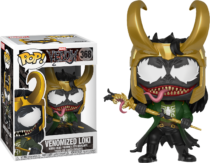 Before they were breaking box-office records on the big screen in the Marvel Cinematic Universe, the Guardians of the Galaxy were first introduced to the world in 1969 in Marvel Comics.

Rocket Raccoon first appeared in 1976 in the Marvel Preview #7 issue. For those unaware, Rocket is an intelligent, anthropomorphic raccoon, who is an expert marksman and master tactician. His name and aspects of his character are a nod to The Beatles’ 1968 song “Rocky Raccoon”.