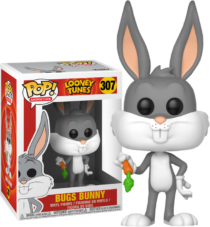 Saga – The Will Pop! Vinyl Figure

All your favourite characters from the epic space opera/fantasy comic book series Saga have joined the Funko Pop! Vinyl Universe!

Saga follows the story of a husband and wife, Alana and Marko, from long-warring extraterrestrial races, fleeing authorities from both sides of a galactic war as they struggle to care for their daughter, Hazel, who is born in the beginning of the series and who occasionally narrates the series as an unseen adult.

This Pop! features The Will, one of the freelance bounty hunters hired by the Wreath High Command to kill Marko and Alana and bring Hazel back alive, not only for Marko’s betrayal but also to prevent news of Alana and Marko’s coupling from spreading and thus threatening troop morale.