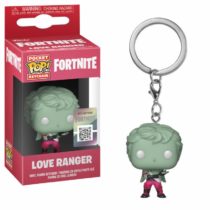 Set in the fictional town of Hawkins, Indiana, in the 1980s, the first season focuses on the investigation into the disappearance of a young boy amid supernatural events occurring around the town, including the appearance of a girl with psychokinetic abilities who helps the missing boy’s friends in their own search. The second season, titled Stranger Things 2, is set one year later, and deals with attempts of the characters to return to normality and consequences that linger from the first season.

This Pop! features Eleven in her Benny’s Burgers T-Shirt.