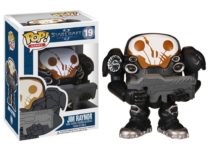 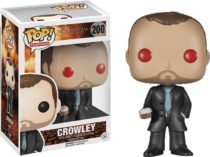 Charlie first appeared in the episode The Girl with the Dungeons and Dragons Tattoo and since she has appeared has emerged as everyone’s Geek Princess. She’s a huge fan girl, have you noticed all those toys on her desk? and also a computer game freak and hacker. She has often helped Dean and Sam whilst dealing with supernatural phenomena especially those linked to computers and has become a recurring character on the show. She is the first female character to get the POP! treatment.