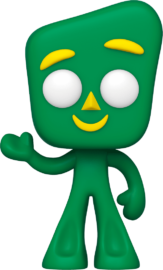 Netflix’s hit animated series The Dragon Prince is set in a fantasy world on the continent of Xadia, which is rich with magic derived from six primal elements: The Sun, the Moon, the Stars, the Earth, the Sky and the Ocean.

This new wave of Dragon Prince Pop! Vinyl Figures features some of your favourite characters from the show including Callum, the first human to ever wield primal magic without a primal stone, Moonshadow Elf assassin, Rayla, the crown prince of Katolis, Ezran, as well as the Dragon King himself, Azymondias.

RICK AND MORTY – SOUND AND LIGHT UP PORTAL GUN