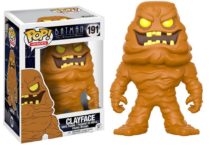 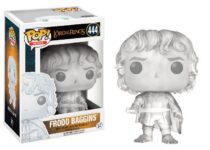 Running from 1992 to 1995, Batman: The Animated Series quickly become one of the most critically-acclaimed animated programs on television. Not only did it win several Emmy Awards, including Outstanding Program, but it has also been voted as the 2nd best animated series of all time, only falling behind The Simpsons.

On top of all of this, the series is also known for spawning one of DC’s most popular characters, Harley Quinn.

Now you can relive your favourite moments from the show with Funko’s next wave of Batman: The Animated Series Pop! Vinyl Figures!

Here we have Scarecrow, known to pollute Gotham’s water supply with his fear toxins, infect professional athletes with his chemicals, then bet against their teams for the money to fund his evil experiments.

Add him to your DC collection today!