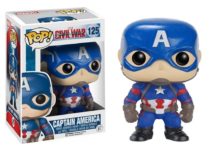 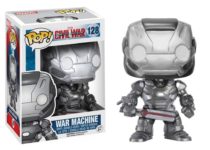 “Sometimes I wanna punch you in your perfect teeth.”

After the events of Age of Ultron, another international incident involving that Avengers results in huge collateral damage, prompting politicians to form a system of accountability and a covering body to determine when to call in The Avengers. This results in the team fracturing in two opposing factions, one led by Captain America who wishes to operate without regulation and one led by Tony Stark who supports government oversight.

This Pop! Vinyl features Iron Man, the leader of one faction of The Avengers. the self-described genius, billionaire, playboy and philanthropist evolves over his appearances in the MCU and is now on the side that Government oversight will be a good thing for The Avengers, resulting in him being at odds with his former friend, Steve Rogers.