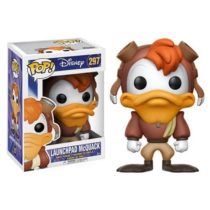 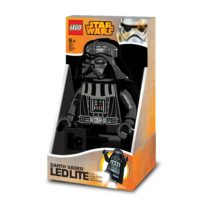 “I’ll be back when you’ve re-established your ego.”

Things will be getting very dangerous now that the “terror that flaps in the night” Darkwing Duck and his team have joined the Funko Pop Vinyl Universe!

Airing for three seasons from 1991-92, Darkwing Duck has developed a massive cult following, even launching its own comic series in 2016.

The TV series follows the adventures of Drake Mallard, a suburban father of Gosalyn who fights crime under the guise of Darkwing Duck. His sidekick is Launchpad McQuack, known for his role in the equally-popular Disney series, Ducktales.

This Pop! features Drake’s 9 year-old adopted daughter Gosalyn Mallard, known to regularly join in and help her father fight crime. Relive your childhood by adding her to your Funko collection today!