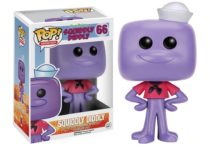 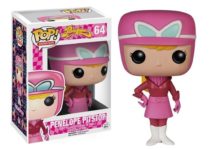 Taking place in a Wild West setting, Ricochet Rabbit worked as a sheriff in the town of Hoop ‘n’ Holler. Ricochet would bounce off stationary objects yelling “Ping-ping-ping!”  In addition to his speed, which enabled him to outrun bullets, Ricochet used trick bullets against his opponents, including a bullet that would stop in mid-flight and strike the target with an impossibly oversized mallet, and another which would draw a target on his nose and punch it.

Funko has welcomed Ricochet Rabbit to the world of Pop! Be sure to pick up this Pop! Vinyl figure for your collection today!