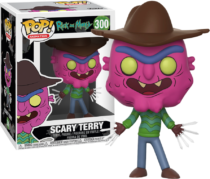 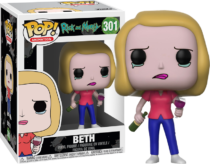 For those poor Noob Noobs who may be unaware, Rick and Morty follows the adventures of an alcoholic genius scientist and his grandson’s dangerous missions throughout the multiverse, resulting in one of the most hilarious television series in recent history.

This Pop! Vinyl features Morty’s father Jerry, holding a Meeseeks Box in hopes of getting Mr Meeseeks to help him take two strokes off his golf game.

Take some of the pressure off of Mr Meeseeks by adding Jerry to your Funko collection today!