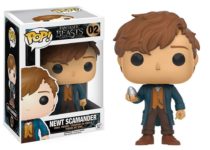 “I’ll make you regret that you were ever born.”

Capcom’s hugely popular game, Street Fighter, is joining the Pop Vinyl line-ups. The first game was released in 1987 and there have since been 5 major instalments and several crossovers with many great and unique characters being introduced.

This Pop Vinyl Figure features Balrog. He first appeared as a boss in Street Fighter II.