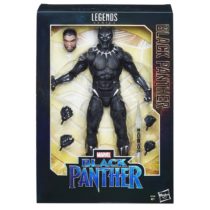 Anyone who has seen the Predator film will know that Rory McKenna is as harmless as they come. He doesn’t mean to trigger an alert that brings the Predators back to Earth, he just thought that mask looked pretty damn cool, and to be honest I have to agree!

In 2018’s The Predator, the universe’s most lethal hunters have genetically upgraded themselves with DNA from other alien species and only a crew of former soldiers, along with a disgruntled science teacher, can stop the hunters before everybody becomes their prey.

Funko have already released a wave of Predator Pop! Vinyl Figures form the new film, however now we finally have our our Predator child! Well, he’s not really a Predator, it’s just Rory wearing the Predator mask, either way it’s a must for anyone wanting to complete their Predator Funko collection.